Friday: Pierced for our Transgressions 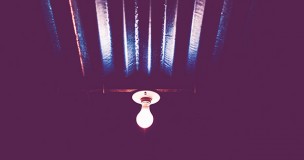 ‘Surely he took up our pain and bore our suffering, yet we considered him punished by God, stricken by him, and afflicted. But he was pierced for our transgressions, he was crushed for our iniquities; the punishment that brought us peace was on him, and by his wounds we are healed. We all, like sheep, have gone astray, each of us has turned to our own way; and the Lord has laid on him the iniquity of us all.’ (Isaiah 53:4-6)

Crucifixion was the most grotesque and painful form of torture and death that could be imagined in the ancient world. It was so brutal that it was reserved only for the vilest offenders in society and it was not considered decent to speak about it in polite company.

The cross was a forceful show of Roman power and it was an art form they had perfected over many years. It was the means by which Rome’s enemies could be humiliated and crushed in full view of a watching world. Any potential revolutionary or rival to the throne would be stripped, mocked and executed in the most painful and degrading of fashions. The ultimate defeat.

700 years before the events of Holy Week, and way before the invention of Roman crucifixion, Isaiah wrote about one who would come and do the unthinkable. He would die in the place of others; being crushed and pierced for their wrongdoings.

I can’t imagine what any of his readers must have made of this. This was certainly not the kind of leader they were expecting. They wanted someone to crush their enemies, not be crushed by them!

What’s more, in the Jewish Law there was a stipulation about people who were executed and whose bodies were hung on a pole for public humiliation. Deuteronomy 21:23 said ‘Anyone who is hung on a pole is under God’s curse.’

So when Jesus was executed on Good Friday, it must have seemed like a hopeless moment. To the Romans, he was another potential rebel, humiliated and crushed before he’d even got started. To the Jews he was a failed prophet, cursed and rejected by God. When Paul wrote that ‘the message of the cross is foolishness’ (1 Corinthians 1:18) he was not wrong!

And yet… as Isaiah said, whilst we considered him punished by God – defeated – there was a deeper power at work. With the gift of hindsight, what appeared to be the most public and shameful defeat was actually a powerful victory.

‘Christ redeemed us from the curse, by becoming a curse for us’ (Galatians 3:13)

At the cross, an exchange took place:

Thank you Jesus for the mystery of the cross: that you were broken, so that I might be made whole. Thank you that when I was going astray, you went to such lengths to draw me to yourself.

May I never lose a sense of wonder and gratitude for your sacrifice, and may it continue to give me strength in all that I face.

If you find yourself with extra time today, you may want to listen to this seminar on the Cross from Theology Matters, or one of the sermons from our Cross of Christ series.