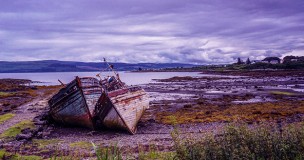 ‘Who has believed our message and to whom has the arm of the LORD been revealed? He grew up before him like a tender shoot, and like a root out of dry ground. He had no beauty or majesty to attract us to him, nothing in his appearance that we should desire him. He was despised and rejected by mankind, a man of suffering, and familiar with pain. Like one from whom people hide their faces he as despised, and we held him in low esteem.’ (Isaiah 53:1-3)

Jesus’ ministry didn’t get off to the most promising start. He was born to poor parents from a backwater town. His family had been displaced long ago from their home in the city, due to rising taxes and financial pressure.

Nazareth didn’t have the best of reputations. It was a small and insignificant place, with a population of no more than 2,000. Not the kind of place from which you expected a leader to emerge. When people heard Jesus was from there they laughed with disbelief: ‘can anything good come out of Nazareth?!’ (John 1:46)

Jesus’ origin story must have been a challenge. You can imagine the controversy; the rolling eyes and knowing glances as Mary and Joseph claimed that his conception was a miracle – a virgin birth!

He lost his father Joseph at a young age and had to take responsibility for his family. And as he grew in awareness of who he was and what God had called him to do, even his siblings mocked him and thought he was out of his mind (John 7:3-5; Mark 3:21).

When people offered to follow him, he made it clear that his was not a way of luxury: even animals had homes and places to find shelter, but he had nowhere to rest his head (Matthew 8:20).

He didn’t have friends in high places, but rather he spent time with those in the lowest of places. The rich, the rulers, the religious elite – they all criticised him and considered him a threat, whilst the outcasts, the poor, the socially unacceptable – they welcomed him with open arms. He loved them. He immersed himself into their world. And he became as outcast as they were. He became familiar with their pain.

We all like stories of underdogs, but even Hollywood would struggle to turn this one around!

Some 700 years previously, Isaiah had written about a coming Messiah; a leader who would represent God and establish His Kingdom. And whilst many looked for a military leader, Isaiah’s portrait looked far more humble. Far more like Jesus.

A tender shoot. Fragile. Unremarkable looking. Not the typical leadership candidate. The kind of person who, if you met his eye, you would be more likely to turn away from than towards.

Many people did. They rejected him, conspired against him, and ultimately handed him over to death. And in so doing, they failed to recognise that through this weak underdog, God was reaching out to rescue the world.

Whether the story of Easter is a familiar one for you, or whether you are exploring its significance for the first time, Holy Week should challenge our preconceptions about God. If you’re looking for a God who wins victory by overpowering others with force, you may make the same mistake Jesus’ hearers did.

It is often in the weakest of moments that God demonstrates the extent of His strength. ‘The arm of the Lord’ was not a strong arm raised in battle, but a frail arm raised and nailed to a cross.

Thank you that you entered into our world, embracing our weakness, and becoming familiar with our pain. This Easter, give us eyes to perceive you as you truly are, and recognise your strength in our moments of weakness.

If you find yourself with extra time today, why not listen to this talk on the weakness and wisdom of the cross, from 1 Corinthians 1.