Wrong Will Be Right 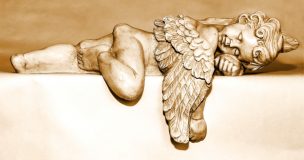 “Hark! The herald angel sing!” has always been a favourite. It ticks the boxes for joyful melody, triumphant lyrics and all-round Christmas feel. As we have sung it this year – and joined in the angel’s chorus – my mind has paused to wonder if the carol’s deeper beauty is found in who it is sung to and not who it is sung by.

The shepherds were outside the city: outside of its protection and outside of its prosperity. The known world was being counted for taxation to fuel a brutal, foreign imperial power and here were the shepherds – awake when everyone else was asleep – trying and make ends meet. In the midst of troubled hearts came the most beautiful of disruptions. Angels came to tell them that the son of God had just born inside the royal city – and he had been born for those living outside of it.

We are told the shepherds immediately left their sheep and entered a busy, crowded city in search for a newborn child. I do not think this was hype. I think it was hope. The best way I can put it is to borrow from CS Lewis’ Chronicles of Narnia. The creatures of Narnia – and the four Pevensie children from London – have never met Aslan. But the word of His return into a world crippled by never-ending winter, oppression and despair causes hope to rise. They leave what they are doing and go in search for Aslan, with the words resounding in their ears:

“Wrong will be right, when Aslan comes in sight,
At the sound of his roar, sorrows will be no more,
When he bares his teeth, winter meets its death,
And when he shakes his mane, we shall have spring again.”

It is unlikely that the shepherd’s lived to hear Jesus’ ministry, witness his crucifixion, or hear the good news that he had risen from the dead and defeated death once and for all. But it seems His first advent – and the angel’s herald – was enough for them to know it was on its way – and that it was happening because of God’s love for them.

2016 has made many people uncertain about 2017. But the first advent gives us certain hope for the second. The message has not changed. The son of God had just born inside the royal city – and he had been born for those living outside of it.