Let’s not bother praying for Brussels. 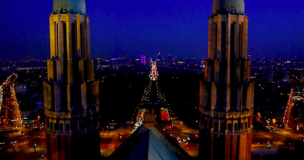 ….so implied Andrew Seidel, a prominent atheist lawyer, whose online comments have sparked the expected outpouring of emotion from both supporters and detractors.

‘More religion is not the answer to this problem,’ he says. Perhaps his motives are to be commended. Why bother praying if you don’t believe? Far better to do something more constructive like donate to those in need. ‘Prayers might make you feel good, but that’s all they are doing.’

Predictably, I disagree, though I imagine for all of us such senseless bombings make us ask, “Where is God in all this? Why didn’t he stop it from happening?”

Allow me to offer three thoughts: