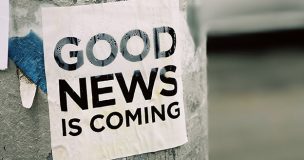 The streets of Jerusalem were filled with celebration, as crowds arrived to celebrate the Passover. Thousands of people trekked up the steep hill towards the Temple.

It was a sight to behold. This Temple was the pride of Israel. It had taken 46 years to build, and covered 1.5 million square feet. The whole building was covered in white marble and gold, so it shone when the sun hit it. As the people approached they sang and celebrated.

But little did the worshippers know, their Temple’s days were numbered.

In the midst of the crowds, a carpenter from Nazareth entered the Temple. The courts were filled with stalls, where worshippers exchanged money to pay the Temple taxes and purchase animals for sacrifice. There was only one court in which non-Jewish people were welcome; the Court of the Gentiles. And it was here that Jesus encountered the traders. It’s not like they needed the space – there were already four markets where they sold sacrificial items. So putting their stalls in this court stopped worshippers from foreign nations from coming and meeting with God.

The Prophets had spoken about a time when people from all nations would worship at the temple (Isaiah 2:2-5; 56:6-8) but they also spoke of the danger of the Temple being corrupted (Jeremiah 7:3-15; Ezekiel 8). As Jesus stood in the Court of the Gentiles, he saw that the very thing the prophets warned of had come to pass

So in an act of righteous anger, Jesus ‘overturned the tables of the money changers and the benches of those selling doves… and he said, “Is it not written: ‘My house will be called a house of prayer for all nations’? But you have made it ‘a den of robbers.’” (Mark 11:15-17, quoting Isaiah 56:7 and Jeremiah 7:11).

Through this powerful action, Jesus demonstrated that this Temple, which looked glorious from the outside, was rotten on the inside. It had ceased to do the very thing for which it was created, and was therefore obsolete. But he wasn’t saying that forgiveness was no longer available, or that God had given up on the nations. No, God was doing something new.

‘Something greater than the Temple is here’ (Matthew 12:6)