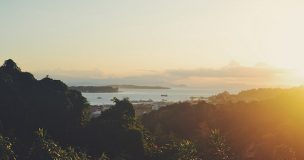 Joel Evans is going for a really long swim. In this article, he explains why it’s part of a mission to bring social justice to an oppressed people.

In August this year, I and 5 of my friends will embark on a 69km journey up the length of Lake Geneva. We will carry with us a petition and the voices of thousands of people demanding an internationally supervised vote for the people of West Papua.

Swim for West Papua is the Free West Papua campaign’s 2017 grassroots movement to secure a free and fair independent referendum for West Papua. The West Papuan people have been the victims of gross human rights violation since the 1960s, when control of the former Dutch colony was passed to Indonesia after a UN sanctioned vote for self-determination – The Act of ‘Free’ Choice – ended with an almost unanimous vote by the West Papuans for integration with Indonesia over independence.

That vote in 1969 is known by the West Papuans as the ‘Act of ‘NO’ choice.’ A mere 1,022 West Papuans were handpicked to participate and were then coerced, under threat of violence, into voting for integration.

Since then the indigenous population of West Papua has been subject to what some have described as ‘slow-motion genocide,’ and although their country is rich in natural resources, especially gold and copper, the majority of West Papuans remain desperately poor as their wealth has been effectively stolen from them.

I became aware of the situation in West Papua after working on a marine conservation project in rural Fiji in 2012. After getting back to London I kept on asking myself, ‘How and what can I do to help?’. I was inspired by an Archbishop Desmond Tutu quote I’d read somewhere: “Do what you can with what you have”. This made me think, ‘Well, the answer must be right in front of me’. What do I have? Who do I know? It was then the crazy idea hit me. What if we swam the petition from one end of Lake Geneva to the UN at the other end?

The circumstances and connections that have since come together and given birth to Swim for West Papua mean that I am now in a position to do something, and even if just one more person finds out about what is going on in West Papua, it will be worth it.

Swim for West Papua is your chance to add your voice and demand the United Nations uphold their mandate and put human rights before mineral rights, so the West Papuan people can determine their own future without fear of reprisal. You too can make a difference with what you have.

Joel has organised an evening of comedy to raise awareness for the Free West Papua Campaign.