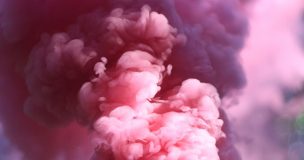 As Jesus continued to teach in the Temple, some of the religious leaders decided to take action. They plotted to arrest and kill him, but being afraid of the crowds, they sought to do it in secret. Then on Wednesday, the solution presented itself.

Having been one of his disciples from the earliest days, Judas had unique access to Jesus, and for the price of 30 pieces of silver, he offered to betray his master.

The final straw had come that day, as the disciples had eaten at a house in Bethany. A lady, Mary, approached Jesus with a jar of expensive oil, and broke it open, pouring it on his head and feet. The disciples were shocked by the extravagance; surely this oil, worth over 300 denarii, could have been put to better use.

But Jesus silenced the disciples, saying,

‘She has done a beautiful thing to me. The poor you will always have with you, and you can help them any time you want. But you will not always have me. She did what she could. She poured perfume on my body beforehand to prepare for my burial. Truly I tell you, wherever this gospel is preached throughout the world, what she has done will also be told, in memory of her.”’ (Matthew 26:10-13)

Of course, Jesus was not unconcerned about the poor; he’d given his life to serving them! But he recognised something powerful in this symbolic action. Whether knowingly or unknowingly, Mary was preparing Jesus’ body for the events that would come in just a few short days; events which would have a global significance.

But Judas couldn’t see beyond the money. He didn’t really care about the poor. As keeper of the communal moneybag, he used to help himself to whatever was put into it (John 12:4-6). It was his selfishness and greed that led him to betray Jesus.

But the juxtaposition between these two stories is stark, because it shows how differently people perceived Jesus’ worth.

30 pieces of silver was four months’ wages for a labourer. It was not an amount to be sniffed at, but it was an incredibly small price for a human life. In Jewish law, it was the price you would have to pay if a slave was accidentally killed by an ox (Exodus 25:32).

300 denarii on the other hand was at least a year’s wages. And it’s likely that this oil was the lady’s most precious possession; her only life savings. This single act of worship involved her laying down all her security.

The contrast is stark: Judas believed Jesus was worth nothing, whilst the worshipping woman believed he was worth everything. To Judas he was a slave. To Mary he was a saviour.