Wednesday: Showdown in the Temple 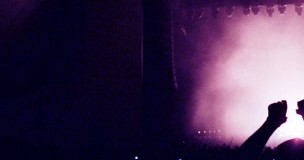 ‘Listen! Your watchmen lift up their voices; together they shout for joy. When the Lord returns to Zion, they will see it with their own eyes. Burst into songs of joy together, you ruins of Jerusalem, for the Lord has comforted his people, he has redeemed Jerusalem. The Lord will lay bare his holy arm in the sight of all the nations, and all the ends of the earth will see the salvation of our God. Depart, depart, go out from there! Touch no unclean thing! Come out from it and be pure, you who carry the articles of the Lord’s house. But you will not leave in haste or go in flight; for the Lord will go before you, the God of Israel will be your rear guard.’ (Isaiah 52:8-12)

At the heart of Jerusalem stood the temple, an enormous structure elevated on a mountain. It had taken 46 years to build, and its foundations covered nearly 1.5 million square feet. It was the centre of the Jewish cultural and religious systems; the place where it was believed that God dwelt; where forgiveness could be sought and received; and where God and Man could meet.

But the prophets spoke about a time when people from all nations would come and worship at the temple. The Lord would return to Zion, His holy city, and everyone from every nation would be able to worship Him there.

That was the theory. But when Jesus arrived at the temple in Holy Week, he found a place that had forgotten its purpose.

For the temple system to work, people needed to be able to purchase animals suitable for sacrifice. And to do this, a worshipper had first to pay the annual temple tax, which meant they needed to exchange their own coins into the currency used in the temple. So there were a whole selection of money-changers, tax collectors and animal sellers, ready to assist people in the process of coming to worship.

The temple was an enormous space but there was only one court in which non-Jewish people were welcome; the Court of the Gentiles. And it was here that the traders had set out their stalls. It’s not like they needed the space – they already had four markets on the Mount of Olives! But when the Lord returned to Zion, rather than finding a place of hope for all nations, he found a place where foreigners were squeezed out.

Mark writes, ‘On reaching Jerusalem, Jesus entered the temple courts and began driving out those who were buying and selling there. He overturned the tables of the money-changers and the benches of those selling doves, and would not allow anyone to carry merchandise through the temple courts. And as he taught them, he said, “Is it not written: ‘My house will be called a house of prayer for all nations’? But you have made it ‘a den of robbers.’” (Mark 11:15-17)

Jesus was so upset to find that the temple, where people should have found salvation and free access, had become exclusive and had lost sight of its mission. Like Isaiah had predicted, he would not allow people to carry articles through the temple courts. Instead he called people to change their attitudes and return the temple to its intended purpose. (Mark 11:16; Isaiah 52:11)

These actions were the last straw for the religious leaders and from that moment on they sought a way to kill him (Mark 11:18). They twisted his words and accused him of threatening to destroy the temple. But little did they know that God had a far bigger plan in mind. For when Jesus declared ‘destroy this temple, and I will raise it again in three days’ he hadn’t meant this physical building. He meant his own body (John 2:19-22).

Jesus is the new temple. In him forgiveness can be found. Neither money nor sacrifice are necessary, for he has paid the debt himself. It was through his being lifted up on the cross that ‘all the ends of the earth will see the salvation of our God’ (Isaiah 52:10). And nobody who desires to worship will be turned away.

Thank you Jesus that you are the new temple; the place where we can find forgiveness, hope and relationship with God. Would you help us identify the ways we make it hard for others to find faith in you, and would you help us to extend your love and mercy to others so that all people may see your salvation.

If you find yourself with extra time today, you may want to listen to this seminar on the Temple from Theology Matters.

You may also want to read Ephesians 2:11-22 and reflect on the difference Jesus’ death and resurrection has made in allowing all of us access to become a part of the people of God.