What Should The Church Say About Brexit? 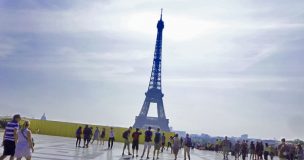 Judging by the fear, anger and insecurity across the United Kingdom right now, it’s a brave person who writes about Brexit. Passions are running high amongst everyone I come across, and there is no place for the disgusting racism that’s been evident on our streets over the last seven days.

But the hostilities running through society spread far wider than simple nationality: divisions are apparent between young and old, rich and poor, Leave and Remain, not to mention our largest political parties. Some families are no longer speaking; social media is an unpleasant place to be.

So what should the church have to say? I think it very unwise for church leaders to side with one camp or another. Yes – there are important issues on which to speak up, such as the fact that refugees are a people to be helped, rather than a problem to be solved, but on such an emotive issue as our membership of the European Union, for a church leader to publicly throw in their lot with one camp or another likely runs the risk of ostracising half the congregation (plus half of those outside the church) and deepening the divisions in our communities. (If you look at the reaction on social media, that’s exactly what’s happened). That helps no one.

Instead, I think one predictable message should be ringing loud and clear: We should love our neighbour. Churches should be places where people from every background feel welcome and accepted – whatever nation they’re from, whatever their background. Here’s where the rubber hits the road: our neighbour includes those with whom we disagree. When Jesus told us to ‘Love our neighbour,’ an expert in the law asked him for a bit of clarification on who that might include (Luke 10). The expert didn’t like the answer: a Samaritan. Probably the person he hated the most.

It turns out love isn’t that special when we simply hang out with people who like us, or are like us. Anyone can do that. The power of love comes to the fore when we rub shoulders with those who are different – even those whose opinions make us shudder. That doesn’t mean I keep quiet on contentious issues, nor that I don’t stand up for what I think is right. It does, however, require me to see people as having far more value than the sum of their opinions, and to treat them with the according dignity, forgiveness, grace and generosity that I would a close friend. Any community that welcomes and tolerates only those who hold the same opinions isn’t that welcoming at all. It’s just another form of intolerance. We can do better than that.

I’ve absolutely no idea what’s going to happen on the back of the EU Referendum result. Uncertainty is here to stay. One thing is certain: I’m going to find myself alongside a whole load of people who feel uncertain, afraid or angry, or with whom I completely disagree. That’s an opportunity to test how loving I really am.

I can’t remember who it was who said, ‘Church is the place where the person we like least is present, in order to teach us how to love.’ They were right.

In the wake of June 23, I hope churches across the country can model much more than respectful dialogue. I hope they become places where people feel safe and accepted – wherever they’re from, whatever they think. More than that, as the comments on social media, the sniping in the press and the divisions in my communities reveal things about the selfishness in my own heart, I hope I make the most of the opportunity to become a more loving person too.