Why God Calls Us to Dangerous Places 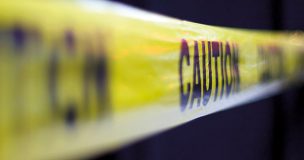 I once had a 5 am taxi-driver to the airport who declared that if God existed I would not need to go my chosen destination, the Central African Republic. His rationale was that if there was a God, a place with so many problems would not exist and if they did a good God would surely never want anyone to go there. The journey to Heathrow ended before we had time to finish the conversation, but I had time to tell the, then incredulous, driver that my faith and that of others in God was actually one of the very reasons we were going there.

My passport, and that of many of my fellow aid workers, now include stamps from places such as the Central African Republic, Afghanistan, Burundi and South Sudan. The question often asked by others and that I sometimes ask myself is why would God call someone to go to dangerous places like those.

I ask this question knowing that for most people and for most followers of Jesus going to a place like Burundi is unlikely to ever be a real prospect nor a question needing an answer on a personal level.

For me, I think there are at least three reasons.

The men, women, and children who live, and far too often die, in those dangerous places are His children and He loves them. As human beings, it is easy to ignore pain and suffering in a land far from where we are as we have little connection to it or the people in it. But if we actually believe the songs we sing on a Sunday and the texts we read we must presumably believe that God as their maker very much feels a connection with those we often ignore. And the men, women, and children living in dangerous places are those most in need in the world today. I don’t think most of us will get called to Afghanistan, but perhaps rather be reminded that most of us are able to look after those less fortunate than ourselves.

Secondly, when we allow God to work through us in a dangerous place, across the world or across the street, we get closer to Him. Self-reliance is easy in our comfortable western lives and in our often comfortable western churches. We rarely need to take a stand on issues that may cost us or test our faith where there may be a real price for it. We can sing our songs in our safe societies and put up walls to children fleeing conflict. Yet, there are reasons why Peter was called to walk on water and why Jonah was sent to Nineveh, including softening their hearts to God and towards people around them.

Thirdly, He went to a dangerous place and asked us to follow Him. Jesus came to earth. He became a refugee within days of His birth, was persecuted by the authorities and eventually crucified having been abandoned by all His friends. His followers who after that built the church were often ridiculed, beaten and killed for their faith and works. Yet that is why we today have a church. Whether we are called across the street or across the world, He is not calling us to go to a place He did not already go to.

To me, the parable of the Good Samaritan is perhaps the clearest example of this from Jesus. The “good people,” the priest and the Levite, chose the safe option and left the man in need, yet the “despised samaritan” risked his life and was held up as the example to follow by the Great Samaritan.

Whether the implications for us personally is to walk across the hallway or to fly around the world, I think He calls us to use the blessings we have been given to bless those around us.

Image: Caution by Dean Strelau, used under CC BY 2.0